How the Spanish political laboratory is reconfiguring democracy 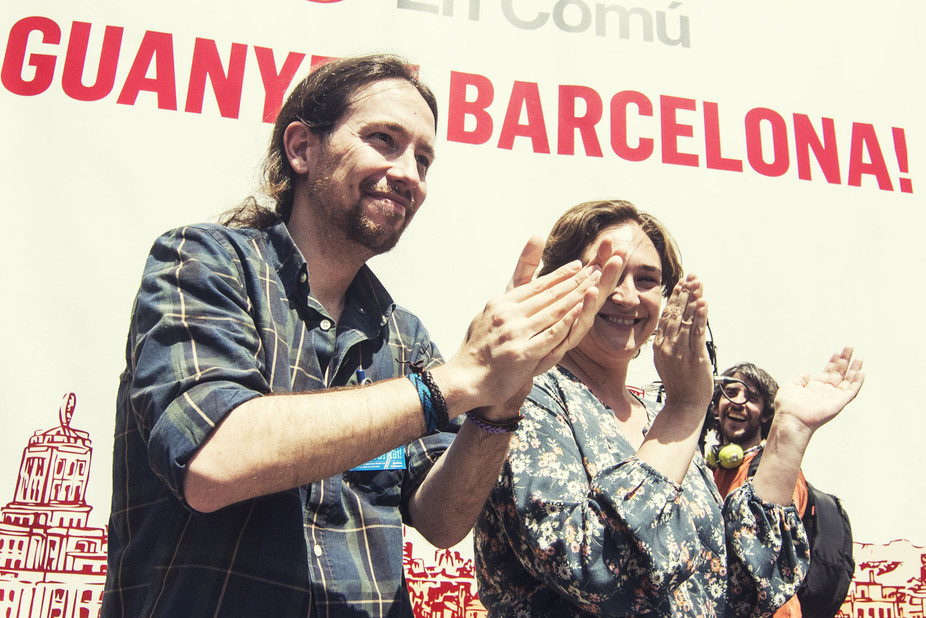 This article is part of the Democracy Futures series, a joint global initiative between The Conversation and the Sydney Democracy Network. The project aims to stimulate fresh thinking about the many challenges facing democracies in the 21st century.

On May 15, 2011, Spain was convulsed by one of the most spectacular popular uprisings in its history, and in the history of the modern democratic world. Eight million Spanish citizens took part in the occupation of public squares and buildings in at least 60 towns and cities across the country. The movement of Los Indignados (“the outraged”) was born.

At the time Spanish citizens had plenty to be disgruntled about: economic recession, high unemployment, endemic corruption, cronyism, wasteful and reckless mega-projects, mounting central and local government debt and much else. With both major political parties complicit in these dynamics, the public themselves began searching for an antidote to the “business as usual” mantra offered by the cartel parties and mainstream media.

From that 2011 occupation of public space to the creation of new political parties in 2013 and 2014, politics in Spanish social circles remains as lively as ever today.

The country has been transformed into a democratic laboratory, where the participation and use of new communication strategies – born in peripheral political contexts – are primarily active, open and ready for experimentation and innovation.

It’s true that Spanish politics still suffers the same old defects: political corruption, austerity, inequality, inadequate separation of powers (in key sectors such as the judiciary) and limited citizen participation in government. Though reduced to a parliamentary minority, Partido Popular still governs, and it does so without serious modification of its pet policies.

Yet believing that nothing has changed in either Spanish politics or social life is unwarranted.

He was not alone. Thanks to the monitoring work of Xnet, a small activist group from Barcelona, 65 employees of the Spanish banks Caja Madrid and Bankia were found guilty of misappropriating funds.

Since the 2014 local elections, compositions of political parties and city councils in many towns has also radically changed. Some cities are now led by well-known activist figures, including Ada Colau, who in 2015 became the first female mayor of Barcelona.

Madrid, Zaragoza and Cádiz were also among the cities to be governed by new political parties linked to the indignados M15 movement.

In Barcelona and Madrid, experiments are under way with early-warning corruption detectors and bold new forms of citizen participation.

Breaking the spell of parliamentary representation

So why has the M15 movement been so powerful? What was it all about? In its initial phase, expressions of anger took the form of general criticisms of the decadence and disintegration of Spain’s dysfunctional political order. The renowned claim “no nos representan” (“they do not represent us”), together with a demand for democracia real (real democracy), brought together two ideas: the crisis of representation and a craving for more citizen participation.

Then, under the “real democracy” slogan, and to highlight the gap between the promise and reality of Spain’s democratic system, citizens began to create parallel intuitions and processes. They wanted to shame politicians into acknowledging their lack of democratic legitimacy.

What was most innovative in the organisation of this outbreak of public protest was that no traditional political actors were involved. In the place of trade unions and political parties, digital networks played a vital role in organising, mobilising and publicising M15.

Even without mass media coverage (which came only after demonstrations proliferated), outrage spread quickly through many Spanish cities. Faith in the democratic credentials of the Spanish political system crumbled. Citizens were asking: how can the search for an improved democracy be sustained, and what might that mean in practice?

Monitory democracy and the new weapons of the weak

In the era of “monitory democracy”, new forms of representative politics involving people not elected at the polls are flourishing. Citizen efforts to draw attention to institutionalised corruption, secrecy, violence and social injustice become essential demonstrations of the limits of political parties and parliaments.

Indeed, monitory democracy has given new “weapons to the weak” and in some ways turned power relations upside down. Today, citizens and their representatives have a considerable advantage against the secretive and petulant elites who could previously do as they liked in splendid isolation, out of public sight and mind.

This is not to say that we are witnessing the emphatic end of representative politics, only that the ecology of representation is becoming more complex and more dispersed. In Spain and beyond, the aura previously surrounding the political class is clearly being replaced by public disdain.

The very fact that there is an attitude of hostility towards parliaments and other forms of representation, however, has cast a shadow over current initiatives in Spain. New contenders cannot escape considerations of transparency and must be the first to modify aspects of political parties to prevent new elites from springing up within them.

Several parties have already introduced defence mechanisms to ensure that leaders do not become arrogant. However, measures like revocation, rotating official positions and reducing salaries for elected positions have their limits.

Much of Podemos’ success is due to the easily identifiable figure of Pablo Iglesias; Ahora Madrid would not be where it is now without Manuela Carmena; and Barcelona en Comú’s election campaign would not have had the same success without the formidable presence of Ada Colau.

How is it possible to avoid what seems to be an inherent oxymoron of the new politics – an anti-representative style of representative politics? In a media-saturated environment, where political actions are carried out on a scale involving millions of citizens, there will always be charismatic personalities and visible figureheads who adopt and embody a particular stance on the major questions of the moment; they provide a focus for the ordinary person’s attention.

At the same time, we are witnessing the evolution of political figures whose raison d’etre is to reject the legacy of the politician as representative.

These are the “post-representatives”, representatives who are simultaneously monitory and monitored, even though they have their roots in criticism of the very legacy of politics and politicians.

Ada Colau, who largely came to fame for drawing attention to the shortcomings of the established political elite and of the very democratic process itself, can no longer be regarded as a “street activist”. Following her election as Barcelona’s mayor, she is now at the forefront of action within the political process.

Looking towards the future: innovation or nostalgia?

But it is on this point that numerous observers have questioned just how this more direct political alternative can be put into practice.

Does it imply a desire to keep up the overwhelming impetus of the public forums and assemblies, the memory of which is still very much alive among many activists in the Spanish democratic laboratory?

And if so, is this not a formula for what has been termed “the tyranny of structurelessness” – that is, the transfer of burden to ordinary citizens, who are forced to find the time, energy and “click power” to spend hours in public debates, both on and offline?

Is it not simply making a fetish of “presence” over “voice”, regardless of how weak or mediated it is by other processes? Why should those with responsibilities for looking after children or older relatives, people who work, or those without access to online participatory digital media become hostages of people who are crazy about politics and perfectly happy to spend all their free time in group debates?

Is there no argument to suggest that the practices of direct, monitory democracy look less to the future than to the past, based perhaps on the nostalgic desire for face-to-face, neighbourhood interactions; a slower, community-based way of life; and other tropes that go back to the assembly democracy of classical Greece? The question arises of whether the danger of this nostalgic ambition is that it starts to move away from the reality of many citizens’ lives.

Still, the lingering ambivalence about parliamentary representation among millions of Spanish citizens is understandable. Simply going back to the mass political parties with their memberships of millions seems highly improbable.

Whatever happens to representative politics, we are observing an extraordinary desire to rethink the basic coordinates of democratic life in Spain. It is not easy to think of another modern political system where this sense of contingency runs so deep, and where the alternatives seem so real.

The main arguments of this article were abridged from the authors’ forthcoming book Reconfiguring Democracy, published by Routledge. It will be the first in the Crick Centre’s new Anti-Politics and Democratic Crisis book series co-edited by Matt Wood.

This article was originally published on The Conversation. Read the original article.